Current Shunts are low value resistors that are inserted into a circuit. The shunt provides terminals to connects the sensed current and voltage monitoring terminals. The commercially available shunts have sensed current ranges from less than 1A to several hundred amps. 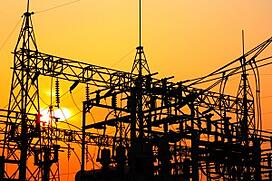 Current shunts have long been used in power meters and other current monitoring applications. Since a current shunt is a resistor, the shunt will dissipate power and heat up. It is important that power dissipation be minimized when selecting a current shunt. The accuracy of a shunt may diminish if a shunt dissipates too much heat. The shunt also introduces a voltage drop in the system. 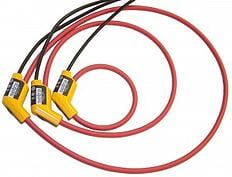 A Rogowski Coil consists of a coil of wire precisely wound with a pair of terminals that connect to signal processing circuitry. The Rogowski doesn't employ an iron core, which makes the assembly very flexible and can be easily installed around various types of conductor arrangements. Without the need for the iron core, a Rogowski Coil is capable of sensing very large currents and responding to higher frequency signals than a traditional iron core transformer. The Rogowski Coil requires an integrator circuit to generate an output signal that is proportional to the current being sensed.

CTs use a coil of wire wound around a soft iron core to generate a small current that is proportional to a large current in the sensed conductor. The iron core can limit the maximum current range of CTs from a few amps to a few thousand amps depending on the physical size of the CT. The iron core CT is also limited to AC frequencies of 400 Hz and below except in cases where exotic magnetic core materials are used. CTs used in current sensors generally fall into 2 categories: solid core or fixed core. In a solid core CT as the name implies the wire coil is would around a solid circular shaped toroidal core. The solid core CT is used when installed new electrical conductors since the conductor must be routed through the center of the CT.

Similarly, a split core Ct has the iron core cut into 2 pieces. The wire coils, which are wound on plastic bobbins, are then installed onto legs of the iron core. Split core CTs can be used in new installations or retro fitted onto existing wiring since the CT assembly can be opened and installed around the conductor to be monitored. The circuitry used with most CT based sensors does not require external power, but uses a small amount of power induced from the monitored conductor to operate. (4-20mA transducers do require an external power supply for the loop current.)